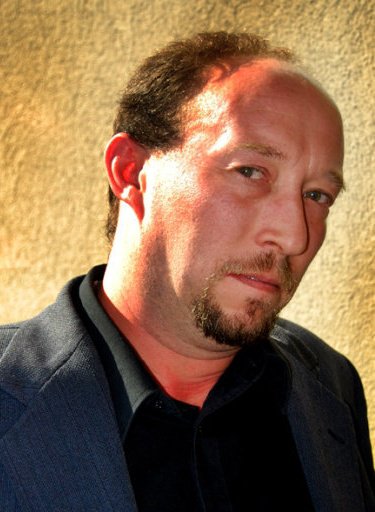 I was introduced to Shelley Lewis in August 2018, by Mark Hollander, a host on my new start-up radio station “Flat Earth Radio Live“. Shelley and Mark had been friends for a number of years and the subject came up that Shelley should do her own show too.

Shelley and I met up at a local spot for a few hours. We had a great time together… I could sense her genuineness and an inner compass based on honesty. I knew she was made out of something that was not average in this day and age. I stopped to wonder how many people that I normally hang out with are in the “West Point Honors” class of people.

When we met, Shelley was a pent up force of energy that was just looking for a way to manifest. A widowed mom, with a teenager and a pre-teen at home, who now was feeling enough freedom to begin planning the next phase of her life. Her leaning at the time, was towards something health related, since she had survived being severely poisoned by the military. She was ready to jump into something with all of her might.

She began her show on Wednesday nights for three full hours, in Oct 2018. She was an instant hit!~!~ Well spoken and a great radio presence made her an instant hit. In Nov 2018 Shelley, Mark and I covered the Denver FEIC conference where Shelley was able to interview all of the speakers and become known in the FE community.

Logan Paul was at that conference and within a few months put out his “mockumentary” video “Behind the Curve”. I could instantly hear in Shelley’s social media posts, and on her radio show, that this video caused a great deal of angst in her. She is a fiery gal, so when something irks her, she is not shy about voicing her opinion. Every day her posts kept ratcheting up her desire to “do something” in response to this particular movie.

On March 9th she posted an entire game plan she with about 2 dozen points, Twice she mentions that is a rebuttal to the movie “Behind the Curve”!! She was on a mission.

Also on March 9th, she posted a “Rough Idea of Timeline for Documentary”. Shelley lists herself as the sole Producer/Director and the location is posted as Orange County, CA. Then she lists how many weeks each phase of the project should take – finalizing in 52 weeks.

March 11th she posted about a dozen “current Action Items”. Number one item was to finalize the poll on 3/11/19 at 3pm PST for the final name. 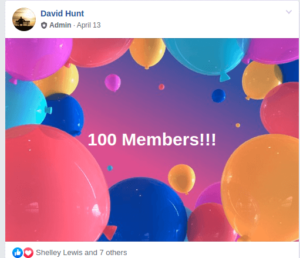 Later that day, 13 APR, Joshua Michael posted on that page for the very first time: “Hi all glad to be here”. Shelley acknowledged you with a thumbs up. Dave Hunt said “Welcome Joshua”. You replied to David “thank you”. 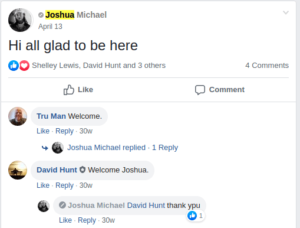 Five days later, on 18 APR 2019, Shelley posts “The Best News!! We have a production company and a film crew! This FE Documentary is happening!!” She did not announce Joshua by name, only as a newly hired hand.

In May, 2019, we started to learn that Shelley had become partners with this new fellow that no one had heard of before. Who was this new guy..? Married with 4 kids. Professing Christian. Ok. He came on Shelley’s radio show to tell his story.

A white guy with dreadlocks and a doo-rag covering a George Castanza hairline. He looked like a Montana version of trendy and artistic. And such a smooth talker… He could really talk up some video producer lingo.

According to his initial radio interviews, he had graduated from a small film school a number of years ago. He said that “father” told him that the time was not ready for him to “do His work” yet, so he took his “$45,000 worth of video equipment and packed it in a box for the next three plus years”. Somehow that equipment was still carrying the same price tag of value “$45k” when it emerged 3 years later.

A number of things began to come to light around Joshua almost immediately.

#1 – He has the ability to out-nasty ANYONE in a fight of words. He has the ability to scale up an argument very quickly, and take opponents to new lows that they did not anticipate going down to. He quickly alienated a number of people with his know-it-all attitude and quick opinions about everything.

It did not take long to begin to hear feedback on the “skills and technology” that Joshua Michael was really bringing to the table. His videos were being shot in 2006 era 480p, and we began hearing feedback from people at the video shoots that “this guy doesn’t know what he is doing”. The old saying “use it or lose it” applies to those college courses learned many years prior. 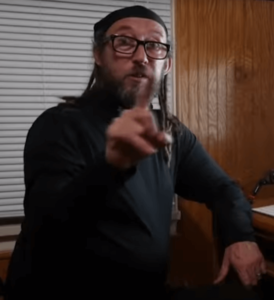 Shelley handed Joshua the $5700 dollars that she raised from the Go Fund Me and Facebook campaigns, as well as over $4000 in new equipment.  Suddenly, Joshua was shooting High Definition video.

To make a long story short, and not placing blame on anyone, the teaming up of Shelley and Joshua was simply not possible due to an infinite number of differences between the two. Basically, after 6 months, Shelley wanted a “divorce” from Joshua being associated with her movie.

In the mean time, Joshua had grown to love the new lime-light that Shelley and this project brought to him. OVERNIGHT he had an audience of thousands and potentially millions, not just his family and a few college friends. Out of nowhere, being interviewed all over the place. Suddenly, a movie producer in demand, and commanding a ship he had just taken over.

Suddenly the story about the beginning of this business relationship began to change. Joshua makes it sound as if this was his project from the very beginning. That he has been giving Shelley instructions on what to say and do, from the start.

It seems apparent that Joshua Michael was the one who smooth-talked his way into this project and “took over” with a strong, controlling personality. Shelley, David and Wendell finally said “ENOUGH”. 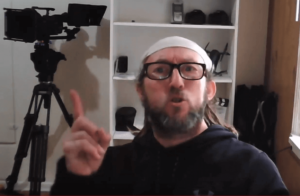 I have repeatedly asked Joshua to answer a couple of questions – and some here for the first time:

Question #1: WHY would Shelley “take that equipment”??? You go on day after day about WHAT happened, but never a peep about WHY it happened, nor the full set of details.

JMG answer – to steal control of MY production.

Question #2: Can you show me ANY PROOF that you corresponded with Shelley BEFORE your first FB post on 13 APR 19…?

JMG answer – I will only show that to a judge in a court of law.

Question #3: Is it true that you would regularly show up to the video shoots without a single dollar in your pockets. You would simply expect Shelley, or whoever else, to pay your way the entire time. Food, transportation, lodging, etc.

Question #4: Will you give a full accounting of what you did with the moneys that were handed over to you? And to be , and precisely where you got the money for the down-payment and back rent that you suddenly had in order to buy a home – as you mentioned during a long drive with David Hunt.

My response is simple:  I’m a native Missourian – SHOW ME!

I’m honestly tired of the daily whining on the front page of my Facebook wall every day now for weeks. We hear all about “what she did to me”, NEVER ONCE do we hear WHY she would have reacted to you the way she did.

After several conversations with Joshua, trying to get to the bottom of this, one thing became crystal clear to me. He summed it up with “I will be happy seeing her in handcuffs, under arrest”. THAT SUMS UP Joshua Michael Gennari’s actions that we are witnessing now – an abiding hatred and open vitriol towards Shelley Lewis. It seems we are witnessing a “business-publicity-love-spurned-jealousy-whacko-outburst” by Mr. Gennari.

I’m so glad that Joshua took my advice and began a new video project. But the other part of my recommendation was to “leave the past behind” and take your new found friends from the past 6 months, and parlay this new momentum into something that YOU OWN!! That you, Joshua, can be proud of. Unfortunately, you are completely killing any momentum you may have had by continuing to air your hostility in the public forum. Since the only people who respond to that drivel is your family and close friends (who don’t see another side of the story), why don’t you just keep it to them, and not send thousands or millions of other innocent bystanders from swirling down your daily shitter with you.

We really don’t want to hear it. You tried to steal Shelley’s project. She had enough of you in less than six months time and wanted you to take your dreads, bandanna and original “$45k equipment” and just go home. No harm, no foul. Just leave.