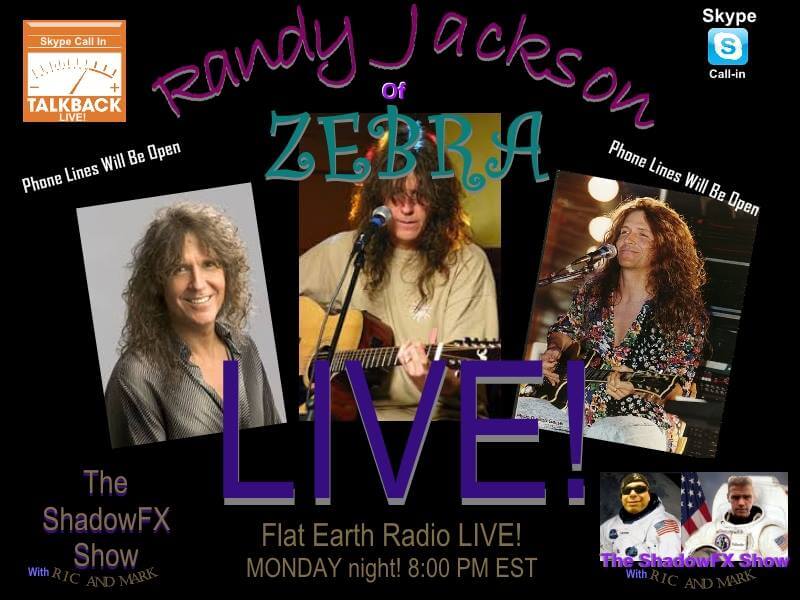 This was our first show with a live audience and special guest star. The announcement was brief and we think Ric and Mark knocked it out of the park…

Randy Jackson, lead singer for ’80’s rock band Zebra, will be the guest on The Shadow FX Show, with Ric Lotec and Mark Hollander on Monday, 16 July 2018 at 5 pm EST on FERLive.

They will be taking live calls, so your phone questions or comments will be welcomed.

Jackson is the lead singer and guitar player for Zebra, a prog rock band that launched in New Orleans and settled in Long Island. They could be considered obscure if you are not a fan of the genre. However, they broke the US Mainstream Rock Top 30 twice in 1983 with songs from two different records (one gold). They nearly broke the top 100 the year after.

In 2018 this doesn’t seem like much. Notably, CD’s had been released fro the first time in 1982. We can consider it the musical dark ages compared with today. It was a super competitive time with bands hiring their own telemarketing boiler rooms to overrun MTV’s call center. Top level bands would break into fist fights onstage and the back room deals were no different. It is a real statement when a band from that time remains together.

The band’s new recording project is covered on the show which can be heard on general rotation while our schedule fills. We can expect that from any entertainer with a new album or movie or TV show on the way. Interestingly, when the talk turns to flat earth theory and proofs, Jackson goes all in. He is excited and well-informed about flat earth subjects. At Ferlive, we are very happy to have this one in our archives when people ask “How did you get your start?”